Learning from Walt Whitman and Thriving in the Trumped World 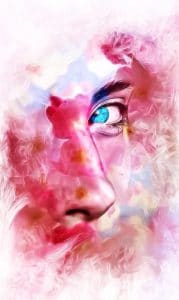 “In the faces of men and women I see God, and in my own face in the glass”

Walt Whitman expressed a kind of Spiritual Democracy in his prose and poetry that can help guide us through a chaotic moment in history. American democracy is in disruption. Our national house seems to be starkly divided by class and geography. We have been micro segmented by marketers, social media and by our own instinct to gravitate to the like-minded. Both our major parties are experiencing stress from within and contempt outside. We have trouble making distinctions between real news and fake news and seemingly all facts are fuzzy.

Democracy or the version we have practiced here in the United States has served us well for 220 years. Nevertheless, we may very well have reached the upper limits of democracy based on checks and balances; our intentionally designed gridlock is from an era that moved at an unimaginably slow pace. Our founders were masters of debate where there was an ingrained context & narrative that most white males accepted as a singular truth. Until recently, gridlock could be compromised by debate and the spoils split between a small number of factions in an accepted hierarchy.

In the 21st century where the world is fast paced, interconnected, interdependent and complex, dialog and choices are replacing the old notions of one best answer and certainty; there is no commonly accepted hierarchy. As in the 1850s when we shifted from an agricultural dominant economy to a manufacturing one, today part of the country finds security and order in the ways of the past and the other looks at a future that has signaled that transformational change is emerging and that portends a completely new mindset (and skillset). Now, we are in a decade’s long transition from the industrial era to knowledge or molecular based economy. Our ways of governance will also need to adapt as our economy has.

As he did in his own day during the tumultuous years prior and during the Civil War, Walt Whitman may provide a way forward. In a country desperate for a unifying set of ideas that includes both the United States Constitution and a core set of beliefs that embrace our best ideals and aspirations our greatest poet responds with his notion of Spiritual Democracy.

Spiritual Democracy to Whitman evolved out of a swirling cauldron of diversity that made up America then (and now). It took an evolution of ideas to bring it to birth in a nation of many nations that refused to adhere to any one religion in its proclamation of a new notion of God. Spiritual Democracy recognizes the oneness of humanity with the universe and all its forces and can help people feel joy, peace and interconnectedness on an individual and communal level. Equality for all was Whitman’s reminder to us and is his ideas are a reworking of our national mantra…e pluribus Unum.

In Democratic Vistas written in the District of Columbia in the immediate aftermath of our Civil War, Whitman writes “a thought that rises, independent, lifted out from all else, calm, like the stars, shining eternal. This is the thought of identity- yours for you, whoever you are, as mine for me.” What he is saying is that a civic religion or consciousness is found outside churches or creeds and exists in each of as a natural right -it is inherent in each citizen in who participates meaningfully in our society.

His non-secular meditation practice focused on observing the expanse of the Kosmos (Whitman’s preferred spelling) both near and far, within our deepest selves and our farthest imagination. Whitman’s meditation practice remains unique in American literary and theological history as it bridges the neutral or anti-religious values of the academy and the esoteric senses of the spiritual. Meditation when combined with Whitman’s practice of giving voice to divine insights which he called Vocalism allowed for a complex set of practices to understand himself and describe profound insights.

Whitman believed that there are three basic strata of American democracy:

The stratum are communal in that the first is set in the rules and compacts inherent in democracy and the second composed of wealth including talent, invention and the natural bounty of our land. The third stratum comprises our country’s best sensibilities including our declaration that “all men (women) are created equal”. This third stratum incorporates the intangibles that distinguish Americans from most other countries throughout history. Essentially, the mind, body and spirit of American democracy.

Beginning on January 20, 2017 our country is challenged to embrace one of the most unique and controversial leaders to accept the oath of office as President of the United States of America. Donald Trump is more unlike than any other in our country’s history whether one likes him or not. His rhetoric represents change in the way most conservative and liberal thinkers have been engaging in domestic and international policy and provokes anxiety and fear in some and vindication and pride in others.

As mindful citizens of an enlightened republic what are we supposed to do in response to projected fears and concerns of a President Trump? Spiritual Democracy begins at home. We can all take action in our personal lives to find peace within ourselves and stimulate positive change in the world. Fully endowed citizens develop both their inward and outer selves; the following exercises are 10 things you can do to ensure you and our democracy thrives long into the future. Walt Whitman embodied these practices and so can you.